I wrote this up a little while ago because I was inspired by another article I saw that failed to mention any all-star game before 2006. For those of you folks who have been die hards since the New York Mets were established in 1962 you probably remember some of these memories from the 60s and 70s and of course beyond those years.

2006– Beltran went 2-4 in the game with a double and a stolen base. Had Hoffman not blown the game in the top of the 9th inning, Beltran would have been on his way to winning the ASG MVP award. 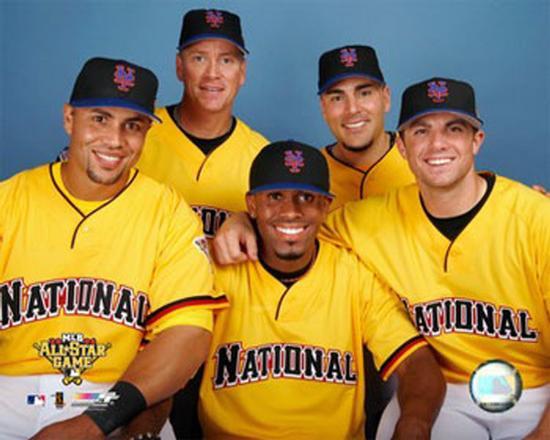 2007– Carlos Beltran went 2-4 and hit a triple off of Justin Verlander to deep right center field at AT&T Park.

2013- David Wright had 1 of the 3 hits in the ASG. He was also in the HR derby at Citi Field. Cool moment. Yoenis Cespedes won the HR derby as an Oakland Athletic.

2016– The Mets had 4 All-Stars in 2016 but none of them played.  Yoenis Cespedes, Noah Syndergaard, Bartolo Colon and Jeurys Familia.

2017– Michael Conforto went 1-2 in his first All-Star game. The only Met selected.

https://www.mlb.com/mets/news/mets-michael-conforto-singles-in-all-star-game/c-241777482
What will happen in 2018 for Jacob deGrom?