This 2018 season has been one of the worst Mets seasons, if not the worst, in my memory. Not much has gone right. The team got off to a roaring start in April but have been the worst team in baseball ever since. None of that compares to what seems like possibly the worst “rock bottom” of the season.

On July 20th, Cespedes returned. First game since the all star break and the team came out hot. Maybe we finally had a little something to smile about. And then the Familia rumors came out. Everyone was so excited for what was to come…maybe they’d eat some salary for once like they said they were willing to do and net a nice return! Hope, once and for all! And then the team hung on to win the game 7-5. Fun times! Not so fast…

After nine weeks on the shelf, Cespedes announces that he’s eventually going to need heel surgery and when he gets it, he’s going to be out 8-10 months….What??? He was brought back for one (1) game and then throws that out? What is he even doing back?? You’re telling me that the Mets front office had Cespedes come back not at 100% to play in a meaningless game when the entire Mets season is over and everyone knows it? Who were we playing again? Oh, the Yankees?? Color. Me. SHOCKED.

The very next day the front office has NOTHING to say about this situation. Nothing! Is there a chance they didn’t actually know that Cespedes is going to need this surgery? I suppose. That would be a horrible situation nonetheless because how do you just not know… But my assumption on this is: The front office knew for awhile…they’ve known that he has this chronic heel injury and that he’d eventually need surgery.

The only reason he’s back is because 1, he’s making 22.5 million dollars this year and they can’t afford to have him actually heal. 2, because it’s against the Yankees and the front office already tried to rush him AND Noah Syndergaard back the first time the Mets played the Yankees this year. And lastly 3, because Cespedes is our star and the Wilpons need him to play for the home-stand because him being on the roster means more fans come out to watch this horrific team which in turn means more money for them to just keep and not spend on the team.

John Ricco says the Mets are willing to eat money in trades if it makes sense.

Ah, what a fun 24 hours that was…the very next day, they trade Familia to the Athletics. Did they eat any of the money?

Source: #Athletics taking all of Familia’s remaining salary, which is slightly more than $3M.

Nope….this front office straight up lied to our faces…Keith Law stated it best in his ESPN insider article, saying “If the New York Mets are just going to trade their most valuable major league assets for salary relief, rather than to try to improve the club, then it’s time for MLB to step in and force the Wilpons to sell the team, just as the league did with Frank McCourt and the Dodgers.”

This is not the first time we have been lied to either. Just this last offseason the front office blatantly said they are trying to win, yet went out and got Jason Vargas, Todd Frazier, Anthony Swarzak, and returned José Reyes and Jay Bruce. Not ONE of those players are a big game-changing type of player…Oh, and the salary has gone down ever since 2016…our last “winning” season, a wildcard game, and they end up decreasing the salary in an effort to “improve the team”. Yeah right…They lied to us the season before, saying that they were trying to win in 2017 just to bring back the same, injury-prone team, all of them being a year older, expecting them to magically stay healthy and do better.

It is obvious that the Wilpons care nothing about us fans. They think we’re stupid…they only care about their own well being, using Mickey and the three-headed GM’s as their puppets to try and convince us that they want to win… Here’s Marc Carig’s take on it:

This brazen lack of accountability tells me that the folks running the New York Mets think that you, the fans, are dumb enough to accept this nonsense. It’s quite insulting.

Personally, I am at a lack of words right now…what else can the Wilpons do to lose their fanbase? I am at a tipping point right now. The more and more I see how screwed up everything about this front office is, the more I wish I could just get up and leave this organization for a new one. But so many of us are loyal. If we weren’t, we’d all be gone a LONG time ago…

More and more MLB reporters are speaking out and bashing the Wilpons and it’s nice to see. Every offseason, so many of us gain hope, thinking “maybe THIS is the year they actually spend like the big market team they are! Machado will be on the market, they better have interest in him!” We all know they are not going to have interest in him and his $300 million+ contract request….if they actually end up signing him, hats off to them. But why give them the benefit of the doubt?

Why have a lick of confidence anymore that what they say is what they will do? As long as there’s a team being put out on the field, I will be cheering them on, and that’s the sad truth to this situation. I don’t know where to go from here…nothing is going to change until these owners change. All I know is we deserve better and these players deserve better. 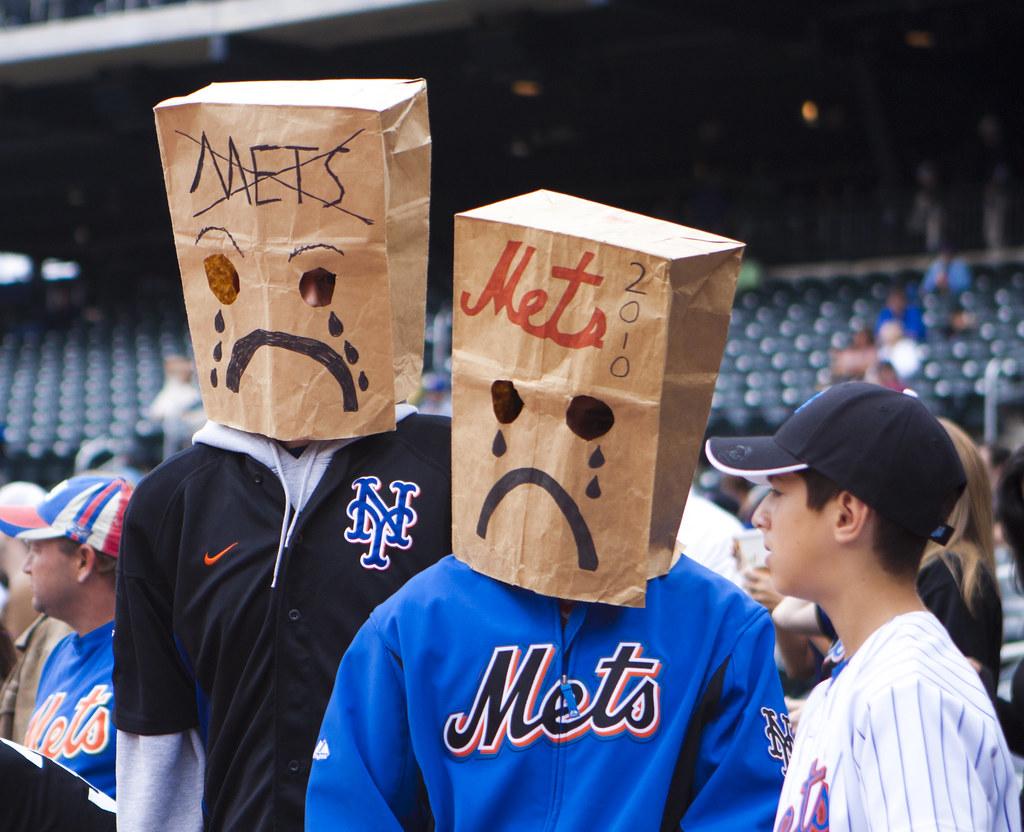