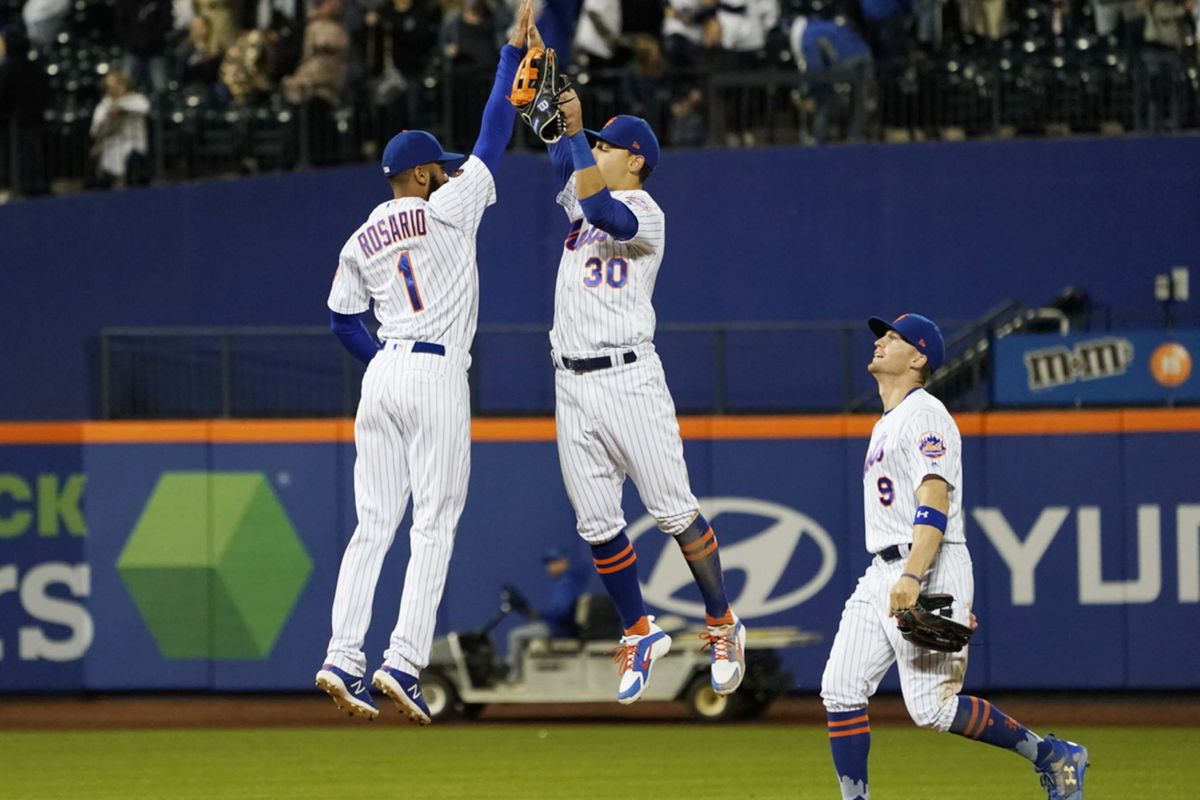 It certainly wasn’t too long ago when seemingly nothing was going right for the Mets. Brandon Nimmo, fresh off of getting smoked in the hand by a pitch, was slumping terribly. Michael Conforto was still not looking like himself.  People were seeing what players like Juan Soto and Ronald Acuña are doing and getting fed up with Amed Rosario’s lack of production.

We were forced to see José Reyes written in the lineup almost every game. José Bautista was getting unwarranted starts. “#FreeMcNeil” tweets were popping up everywhere. Why were we being forced to see Reyes and his under-.200 batting average in the lineup when 26-year old Jeff McNeil was killing it in AAA? I won’t even get into Peter Alonso because that’s a whole different story and he still (for God knows WHAT reason) isn’t up in the majors yet. Despite this, things took a turn for the better after the All-Star break. We were finally getting the chance to see what we know the young players could do.

These 25-year-old outfielders are two key players this Mets team needs in order to have any bit of success in 2019. Lucky for us fans, we have gotten to see exactly what we know they can bring, given their respective successes in the past. Michael Conforto has looked just like his 2017 self ever since the much-needed four day break. Despite hitting a recent funk, Conforto still has a .283/..359/.504 slash line since the all star break. This is exactly what I, and most likely the entire fanbase, had been waiting to see from Michael this entire season. He has finally returned and I am certainly going to cherish it.

Similarly, Brandon Nimmo has been resurgent since the needed break. After slumping for much of July, Brandon now holds a .301/.431/.542 slash line post-All Star break. An unfortunate hit-by-pitch to the fingers will set him back a few days most likely, but hopefully it won’t lead to another prolonged slump like his previous hit-by-pitch. Personally, I find it hard to hold back any excitement when I see these two players succeed because I know that if they can find the consistency to keep this up, they’re going to be cogs in the Mets lineup for years to come.

I would certainly be lying if I said that watching Amed Rosario this season hasn’t been a disappointment. We all know he has the skills but they all seemingly needed to be refined. Every time he takes a step forward and shows off his potential 5-tool skills, he takes 2 steps back and shows his youth and need to grow as a player. However, watching him in August has been exciting. He holds a .292/.333/.431 slash line for the month, as well as a total of 5 stolen bases, more than a third of his total on the season. While we’d all like to see a lot more consistency, sometimes it is good to remind ourselves that this is his first full season in the majors and that he is still only 22 years old. Given this, I’m just glad that he is at least showing his potential. I hope that he keeps it up for the rest of the season, continuing to improve every day so that come next season, he can be the player we all want him to be.

On July 24th, Jeff McNeil was finally called up. While not every young player has gotten their chance to show their worth in the MLB (*cough* we want Peter Alonso), at least we were given the chance to see what Jeff can do. Since this point, Jeff holds a .286/.355/..428 slash-line. I can’t speak for everyone, but pretty sure 99.999% of the fanbase prefers this production over watching José Reyes every day. Hopefully McNeil can continue to show his worth over the next two months and solidify himself as a key piece for the future team. 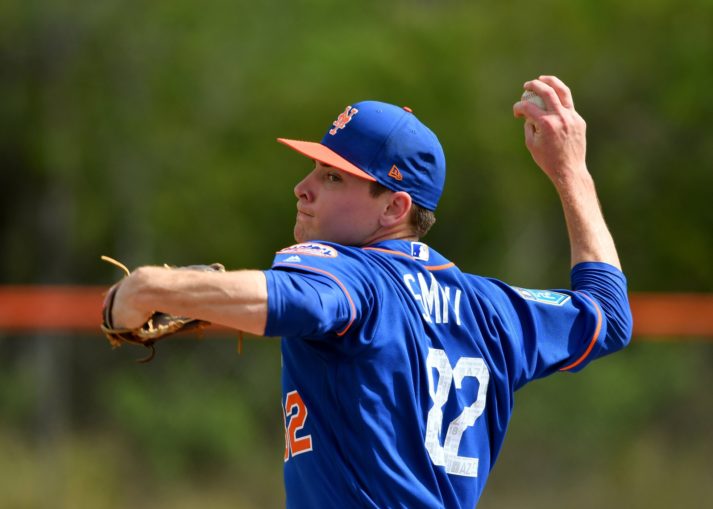 It’s ABOUT time we have gotten to see what Drew Smith is capable of in the major leagues. I am not sure why there was any hesitance to let him go out and pitch for the team, but ever since he was given the chance to show his worth, he’s been phenomenal. Out of all the relievers Sandy Alderson and co. traded for this past year, Drew has been the best numbers wise. He has only thrown 9 total innings since the All-Star break, but in those innings he holds a sparkling 1.00 ERA, has racked up 5 strike outs, and has only given up 1 walk. One might say that those numbers will play in the MLB.

Tyler Bashlor got off to a rough start after being called up. However, he has been one of the better young relievers in August, holding a 2.45 ERA and 0.95 WHIP in 7.1 innings of work. He also can throw 98-99 mph fastballs to go along with some wicked off-speed pitches. That will certainly play in the majors as long as he can find some more consistency.

Throughout the month of August, I couldn’t help but realize that these Mets were at least a little more enjoyable than the ones being thrown out to the field every day in July. Then it hit me, we were finally getting to see the players we wanted to see, and they were actually producing. So now that the Mets are finally realizing that they should play their young players….

CALL UP PETER ALONSO YOU IDIOTS!!