Baseball is America’s past time, America’s present time. As a baseball enthusiast I love watching the diversity of players competing in this beloved game. There is nothing like MLB opening day or the playoff atmosphere. People are happy. It’s a feel good place to be. (Well for the most part until their team loses)

Baseball connects people. It bring people together. It’s a source of therapy for some. Bad day at work? Tune into your favorite team when you get home. Date night? Grab a beer at a bar and watch it with your significant other. Wanna have the family over? Watch the game while feasting on snacks and BBQ dinner.

There is endless ways to watch baseball, whether it be by yourself, with your significant other, family or friends.

Baseball is an escape from reality for some people. After tragic losses they turn to sports to give them something to cheer about.

Baseball brought people together after 9/11. Shea Stadium was the first NY sporting event after 9/11. The Mets were down 2-1 in the bottom of the eighth inning when Mike Piazza hit his iconic go ahead home run to give the Mets a 3-2 lead. The emotion from the crowd and players was truly on display that game. It was really more than just a game. Baseball returning in 2001 was a distraction from the evil in this world. Mike Piazza hit the home run that made New York cheer again.

Rose: “And it’s hit deep to left center … Andruw Jones on the run … THIS one has a CHANCE … HOME RUN! Mike Piazza! And the Mets lead 3-2!”  I still choke up watching that call.

“It was just this incredible release of emotion,” Piazza told MLB Network earlier this year. “And I think, you know, it became evidently clear that people just wanted to cheer about something.”

In 2016, after Jose Fernandez’s tragic boat accident, Major League Baseball came together to remember all those lost that night. The day after the boating accident the Miami Marlins canceled their game. The next day after that a game had to be played against the Mets. A pregame ceremony for Fernandez was held on the field. Yoenis Cespedes who is Cuban born like Fernandez was shown on SNY very emotional. The Mets hung a Jose Fernendez jersey in their dugout while the Marlins all wore #16 Fernandez jersey. 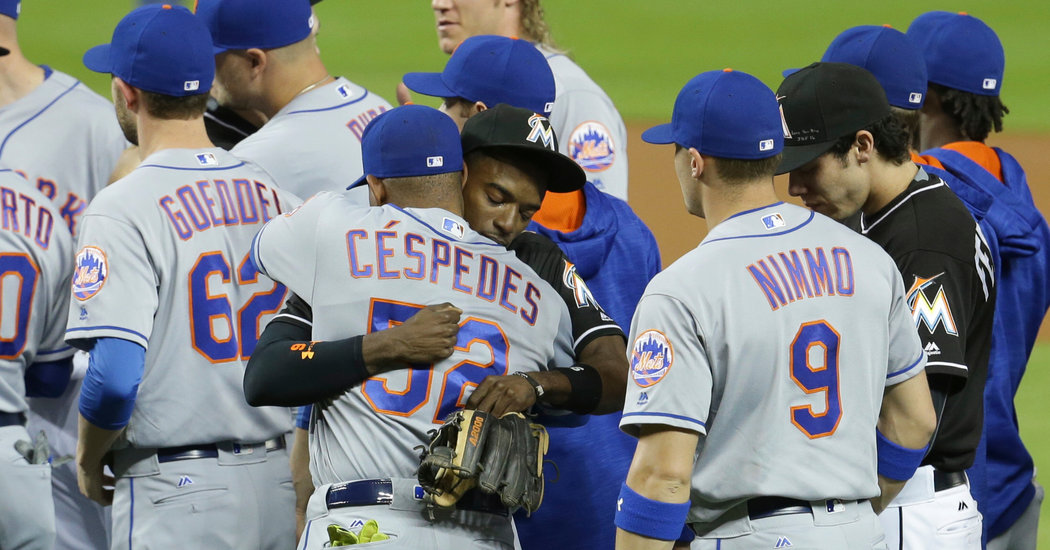 “The whole world felt that emotion in that moment, whether you were here or watching on television. For (Gordon) to honor (Fernandez) with his batting stance and then hit a homer, it was unbelievable.”

There are plenty more examples that can be written on how baseball has brought people together. These two stories has stuck with me and I will always remember witnessing them live on television. These moments will show you that it’s bigger than baseball. It’s more than just a game.

Baseball is a place to go to when you feel like the world is crashing down. (too cliche?)  Baseball is with you for 162 games and the post season. Baseball is and will always be an emotional and electrifying sport for the players and the fans because of the pure competition and the meaning of every single game.

Baseball is family and the connection is not lost. 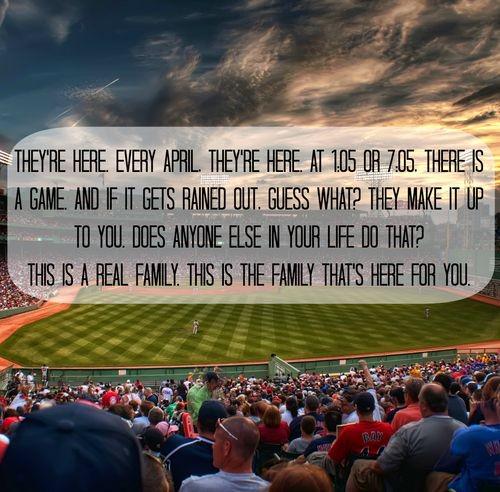 2 thoughts on “Baseball Is Family & The Connection Is Not Lost”