Last week the Mets announced that they will try and bring back the team they had in 2015 for the 2019 season. There is a new plan. It seems like this team has different plans every day.

The Mets announced late Wednesday night after their 13-0 shut out win that they are considering reconstructing their front office as well as their roster in 2019. The Mets plan on assigning Omar Minaya to the role as the Mets general manager..again.

They also plan on bringing some pieces back from the 2006 roster that includes some familiar faces such as David Wright, Jose Reyes, Carlos Beltran and former Mets manager Willie Randolph. The Mets plan on rehiring Randolph after the conclusion of the 2018 World Series at 3am Standard Pacific time.

The Mets in 2006 finished their season with a 97-65 record and were 1 win shy of the World Series where they would have slaughtered the Detroit Tigers. They figured since this team worked so well together 12 years ago why not just bring it back again and again.

Jose Reyes is only 12 years older and past his prime but in Mets terms he’s the perfect fit for the 2019 roster. Who doesn’t love a guy that hits a pop up on the infield every time he swings? Everyone besides the Mets.  David Wright, as evidenced by his simulated games, is still closer to his prime than Jose Reyes who, even with a fully intact spine, seems unable to hit the baseball.

The Mets also plan on bringing back former beat writer Adam Rubin. His buddy Omar Minaya remembers him dearly from those good ole lobbying days. “Although I still believe Adam Rubin has lobby, his OH NO tweets were integral to our successes,” an upbeat Omar Minaya explained.

After hearing the news of bringing back the 2006 squad Jose Valentine was shown in the Citi Field locker room with a walker constructed of baseball bats and said he’s ready to “Roger dorn this shit.” Julio Franco’s grave arrived shortly after, bench pressing crates of baseballs.

Paul LoDuca has already committed to becoming the catcher for 2019. “Although the Wilpons want to behave like puppetmasters, I seriously loved the 2006 team.” And quite frankly at the age of 46 he can probably throw and hit better than Kevin Plawecki.

Carlos Beltran was seen very serious talking to reporters outside of the batting cages. “I hope we get back to the NLCS, especially against the St. Louis Cardinals so this time I can show the fans I can actually swing and miss at a 3-2 count curveball.

The catch: Willie Randolph has stated he will only return if he can wear his Yankees pinstripes rather than the Mets uniforms. The Wilpons, as they love honoring all non-Mets history, were happy to oblige.

The Mets front office is banking on nostalgia. The black jerseys will also make their triumphant return, and have excitedly made plans to excavate the dump and re-acquire Shea Stadium’s seats to truly bring back the magic. 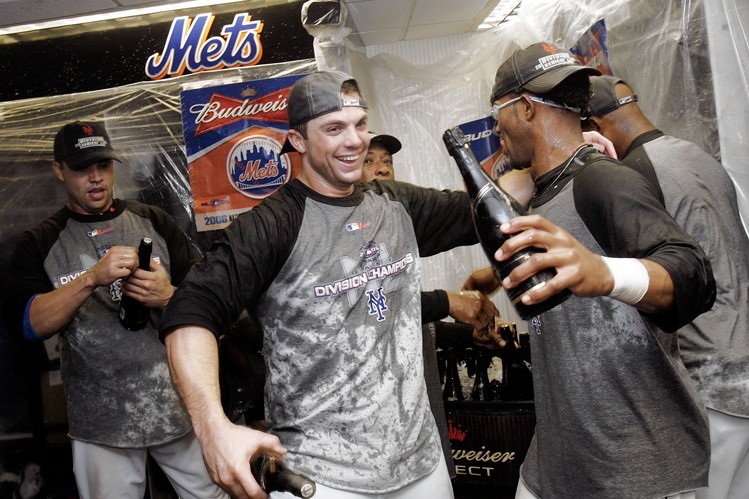 Written by Bre and Christina