I’ve seen a lot of posts on twitter regarding who they think should be the MVP of the National League. Many folks are going with Javier Baez or Christian Yelich. Some Mets twitter folks believe Jacob deGrom should be in that category as well.

Here are the reasons why voters will NOT vote for deGrom:

• Because he’s a pitcher, and pitchers have their own award
• Because the Mets are not contending
• Because he has an 8-9 record

Reasons why he should at least be considered a candidate:

3. Competition is not overmatching in the NL:

HERE IS MY OPINION:

I love deGrom and think he should win the Cy Young. The MVP is going to either Baez or Yelich. They play every game. A SP plays every 5th day. But I respect the opinions and reasoning of others who want him to win MVP. I just think we are pushing it too much.

In 2014 Kershaw won. The difference is that the writers that vote for the MVP award are going to look at a pitchers wins and how many times the team won while he pitched. Kershaw was 21-3 in 2014. With a 1.77 ERA( Like deGroms) with 198.1 innings and less strikeouts than degrom. They also look to see if that players team is in playoff contention. Thats why Ryan Braun won in 2011 over Matt Kemp. I’m not saying thats right because the award is an individual award and not a team award but it’s the truth. Voters will take into consideration a team with a winning record.

I just think a player playing every day is more valuable to their team than a pitcher pitching every 5th day. Also the Mets record when deGrom starts that day is 12-18.  Justin Verlander won in 2011 and he had a 2.67 ERA with 269 SO BUT his record was 24-5.

Final thought: deGrom is having an amazing and record breaking reason. He SHOULD be in consideration for MVP. He will probably finish within the top 10 votes for MVP but I do not believe the writers will vote and pick him for the MVP. However, he will win the 2018 Cy Young. 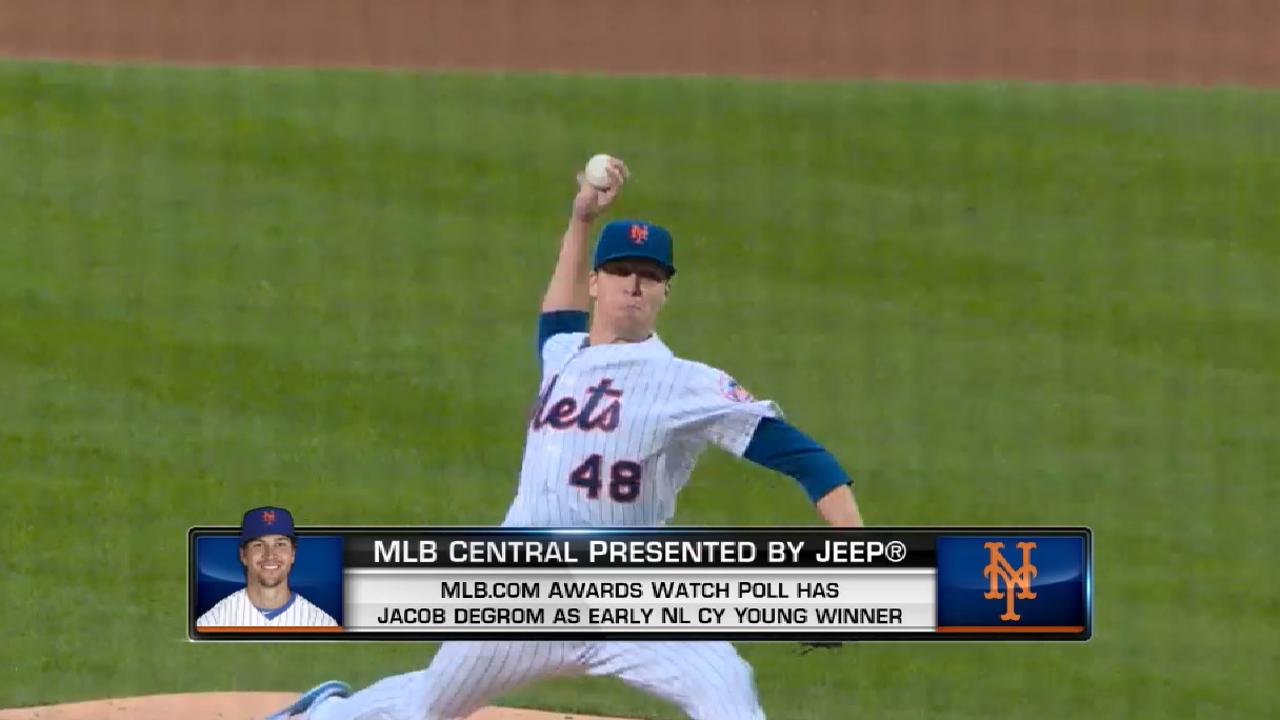