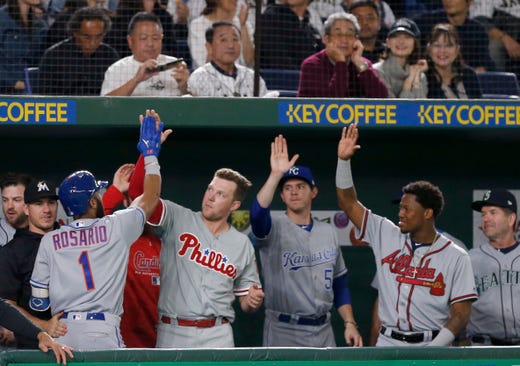 Amed Rosario started off the 2018 season on the wrong foot. He batted .246 and there was a concern over him making contact and getting on base. However, he did turn it around in the second half. In the second half, he had 69 hits, including 10 doubles, 3 triples, five home-runs and 27 RBIs. In August and September he batted .295 and stole 13 bases.

Amed Rosario went 3-4 with a homerun is his #JapanSeries debut. pic.twitter.com/gX3THfJPPc

🔥🔥🔥@Amed_Rosario continues to impress in the #JapanAllStarSeries with three more hits and a stolen base. pic.twitter.com/mfgpNqn9Ek

Rosario is having a hell of a week in Japan with the MLB All-Stars. He was 3-for-5 today with 2 runs scored and in total is hitting .471 with a 1.265 OPS in the five games. He looks comfortable at the plate and I hope that will translate into success in 2019 with the Mets.