In the 2017-2018 NHL season, the Rangers made one last attempt to win the Stanley Cup with their core which had taken them to three Conference Finals and one Stanley Cup Finals.  When it was apparent the Rangers were not guaranteed a playoff spot and were certainly not going to win a Stanley Cup, the organization tore it all down, and they sent a letter to fans explaining the reason for the rebuild.

This meant very low expectations for the Rangers entering this season.  It was more about getting playing time for young players like Pavel Buchnevich and Filip Chytil while showcasing veterans like Ryan Spooner to move them at the trade deadline for pieces for the future.

With the Rangers losing their first three games and starting the season 3-7-1, it appeared the 2018-2019 season was going to be much more difficult than anyone expected it would be.

Then, a funny thing happened.  The Rangers started winning games.  Currently, the Rangers are on a seven game point streak, and they are 6-0-1 over this stretch.  This has seen them catapult from last place all the way to second on the Metropolitan Division.

Many have sought different reasons why the Rangers have been more successful than anticipated this year.  When searching for answers, there was a surprising answer for the Rangers success this season.

For years, Harvey was a fixture in the stands at MSG.  A lifelong Rangers fan and Mets icon allowed him to follow his favorite team closely.  His celebrity status allowed him greater access most fans would get. 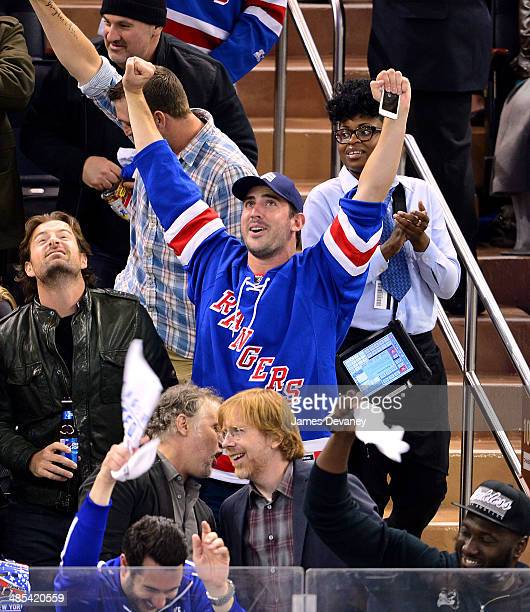 “At first, it was great,” said Rangers forward Chris Kreider.  “Harvey was King of New York, and he brought us even more attention.  Back then, it was a magical time in New York.  Things have changed since.”

“It’s funny,” offered Rangers center Kevin Hayes.  “My rookie year, we win the President’s Trophy.  We were the team to beat.  What no one talks about is the distraction Matt Harvey was.  At first, it was great, but then, no one knew when to pull him away.”

Marc Staal recounts how before Game 7 of the Eastern Conference Finals Harvey was in the locker room telling the team how they were going to go out and party.  “Apparently, he had a couple of clubs lined up, and he mentioned some models.  I just remember just wanting to start the game.”

Things have gone down for the Rangers since then.  For the first time, the Rangers lost a Game 7 on home ice.  They did not reach the Conference Finals in the subsequent two seasons, and they did not even make the postseason last year.

Many of the names have changed including the head coach with the team hiring David Quinn.

While Quinn has brought a new culture and the young players bring excitement, the Rangers still put this on Harvey.  On that front, the usually reticent to talk to the media James Dolan said, “Let me put it to you like this.  Charles Oakley will be welcome back in MSG before Matt Harvey will be.”

With Harvey gone, maybe the Rangers will continue their winning ways and surprise us all by making it to the playoffs.