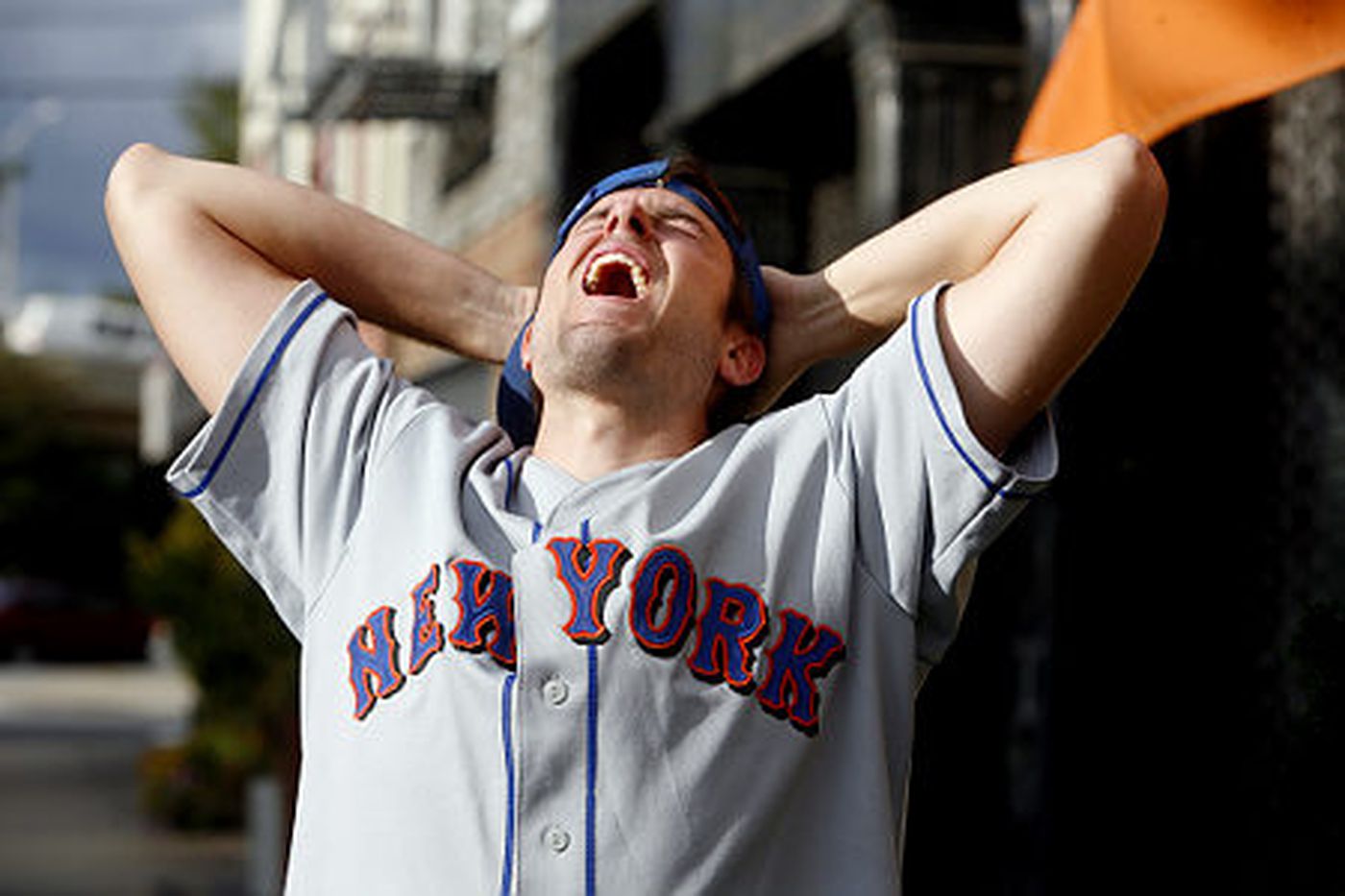 Transcript: “Adam Wainwright gets a new baseball, rubs it up, stands on, looks in with the bases loaded, two out, Cardinals leading 3-1 here in the bottom of the 9th inning. One of the most dangerous hitters in the business at the plate, Carlos Beltran. He is ready, so is Wainwright. The 0-2 delivery…Curve, struck him out looking! The Cardinals are going to Michigan to take on the Tigers! They mob, they mob Adam Wainwright on the mound! They are National League Champions and headed for Detroit, as they mob the pitcher!“

The Mets went 5-12 to close out the season; the Phillies, a beleaguered franchise that had its own historic collapse in 1964, went 13-4. They capitalized as the Mets’ pitching crumbled, their defense disintegrated and their offense, potent at times, fell silent at inopportune moments. Tom Glavine gave up seven runs in the first inning against the Marlins in the season’s final game.

The Mets had a three-and-a-half-game lead over the Phillies in the NL East on Sept. 10, 2008, but lost 10 of their final 17 games and were eliminated from NL East contention with two games left in the season. The Wild Card remained a possibility until — for the second consecutive year — the Marlins ended New York’s season during the year’s final game, winning 4-2. The loss, coupled with a win by the Brewers earlier in the day, rewarded Milwaukee the National League Wild Card, officially making September 28, 2008 the final game ever played in Shea Stadium.

Sloppy defense haunted the Mets in this Fall Classic, overshadowing the fact that they held leads in every contest. With one out and Hosmer dancing off third base, closer Jeurys Familia shattered Salvador Perez‘s bat to induce the grounder he wanted. Third baseman David Wrightfielded the ball cleanly and gave Hosmer a quick glance before tossing to first base, which Hosmer took as an invitation to break for home. A good throw has him out at the plate. Instead Hosmer is safe and the Royals tie the game.

In game 1 why didn’t Timo Perez run full speed from second on Todd Zeile’s long, but not quite long enough, drive? The Mets could have drawn first blood against the Yankees in Game One of the 2000 World Series had Perez not broken into a home run trot prematurely. The little things matter. The Yankees ended up winning 4-2 in game 5 and celebrated at Shea Stadium.

How could I forget? I was at this game!  With Mets closer Jeurys Familia on the mound and the game still locked in a scoreless tie in the top of the ninth, Brandon Crawford ripped a double to the left-center field gap on one of the few hard-hit balls all night. Familia struck out Angel Pagan after a couple of failed bunt attempts, then walked Joe Panik. Next, Gillaspie torched the three-run homer that accounted for all of the game’s runs.