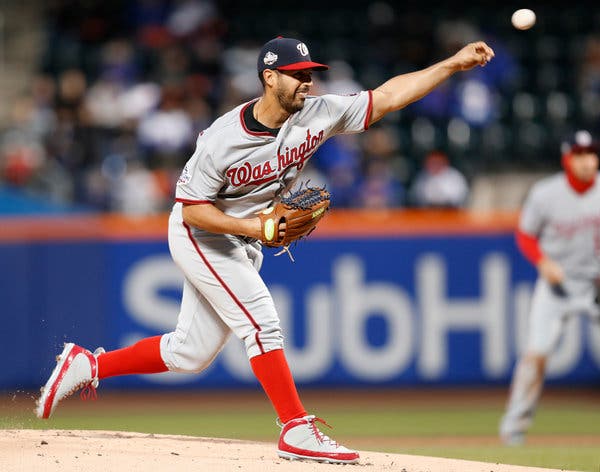 According to Rich Mancuso of NY Sports Daily, the Mets have offered Gio Gonzalez a one-year deal, but not much progress has been made. It was revealed that Gonzalez is asking for a three-year deal; however, his preferred destination appears to be the Mets. This may allow them to meet in the middle on a two-year deal or a deal with an opt-out clause.

It should also be noted that even though Gio Gonzalez would be a huge upgrade over Jason Vargas, his 8.5 million dollar contract will make him hard for the Mets to replace. Regardless, Baseball Reference projects Gonzalez to have a 3.90 ERA in 2019, while it projects Vargas to have a 4.65 ERA. The 5th spot in the rotation was an automatic loss for much of 2018, so an upgrade would be extremely beneficial in cementing the Mets’ status as contenders in 2019.

Gio Gonzalez may not be the starter the Mets eventually get, but the Mets should try to sign someone to a minor league or major league deal for starting pitching depth. To have someone like Jason Vargas starting on a team with postseason aspirations is completely absurd, and the Mets should at least have a competition for 5th starter in spring training.

Jason Vargas and his 8.5 million dollars can go to the bullpen, because someone with a 5.77 ERA in 2018 has no place starting on a New York City baseball team.