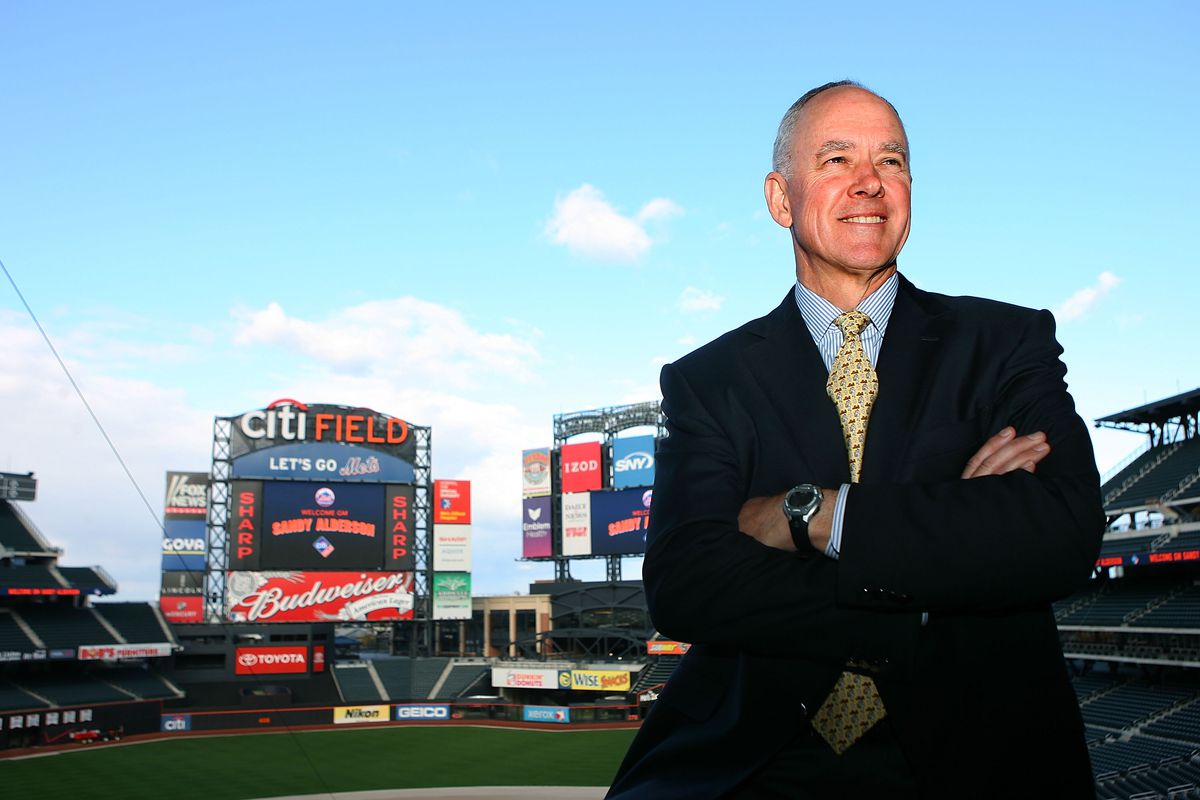 Former Mets general manager Sandy Alderson had stepped down back in late June of 2018 after he had a relapse in his cancer. For some reason, it still hasn’t been leaked out to the press or the public as to exactly what type of cancer he was diagnosed with back in 2015. (??)

But the good news is that, as of late January of 2019, we do know that Alderson has been cancer free again for the past four months according to his doctors.

Last summer, Alderson stepped down after nearly eight seasons as the Mets general manager because of the recurrence. At the time, this ball club was in a massive tailspin as Jeff Wilpon decided to go with the three-headed monster of J.P. Ricciardi, John Ricco and Omar Minaya to run the baseball team operations in Sandy’s absence.

Four months later, the great Brodie Van Wagenen was hired and the Mets have has since gotten their fans to somewhat take notice in their team as being a contender again.

Sandy was best known for the awesome trade he made with the Toronto Blue Jays back in the winter of 2012, when he sent reigning Cy Young award winner R.A. Dickey and two crappy catchers to Toronto for Noah Syndergaard, Travis D’Arnaud and John Buck. He also was responsible for acquiring outfielding stud Yoenis Cespedes in a late July trade deadline deal from Detriot for minor league pitcher Michael Fulmer in 2015.

(I don’t need to remind you what happened as a result of that deal going down later in the season.)

As January 30, 2019, Alderson rejoined his money ball compadres back in Oakland, as A’s GM Billy Beane rehired Sandy as his new Senior Advisor to Baseball Operations. As you remember, Sandy Alderson was the Athletics’ GM from 1983 to 1997. Oakland won the world series in 1989 under his management tenor and then went on to become the forefront adapters of using sabermetrics to run their baseball operations and decisions.

I, personally, am happy for the 71 year old. He did what best he could given the financial constraints the Wilpons put him under and I wish him the best both in health and prosperity back in the Bay area.