Show me the money! 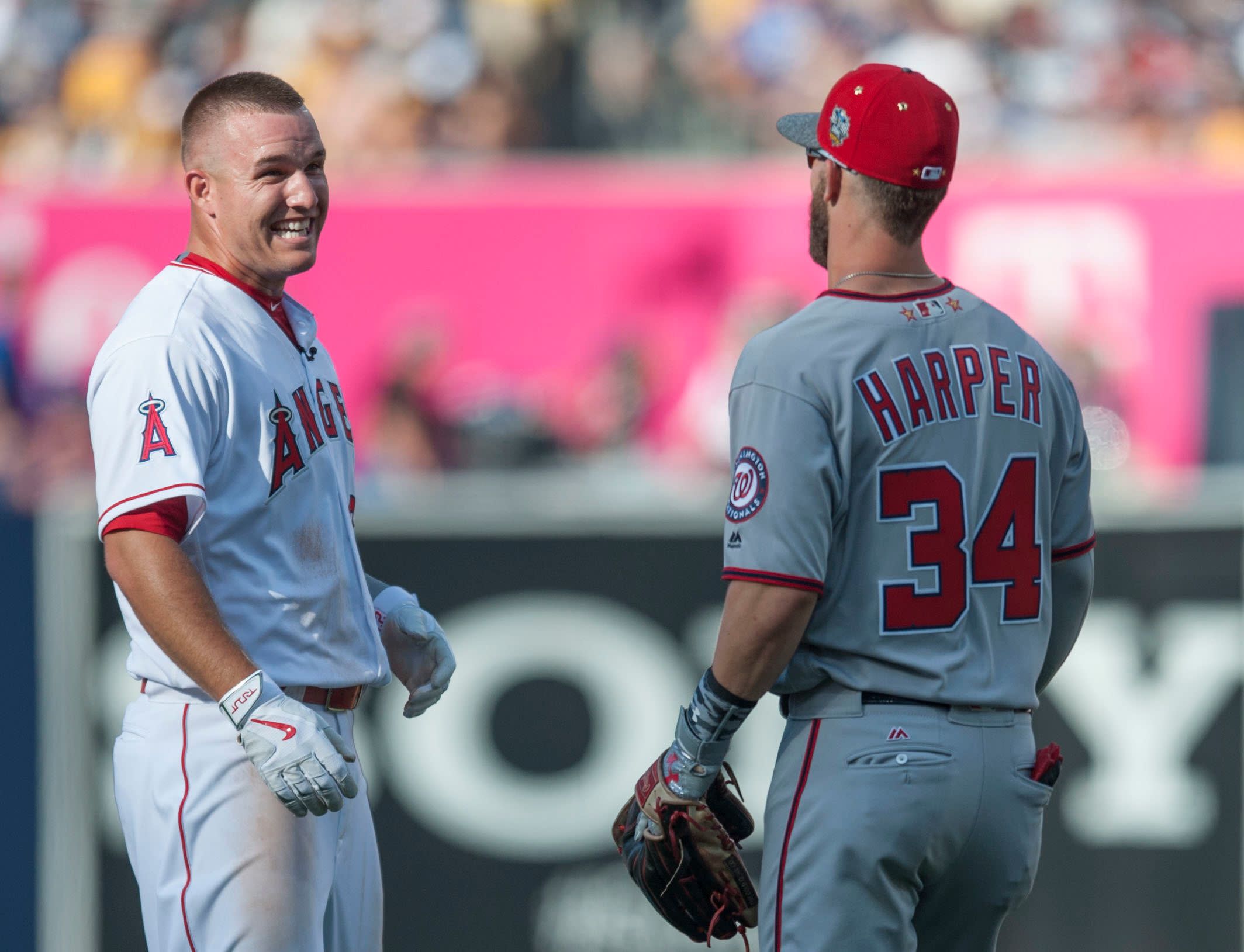 Star center fielder Mike Trout and the Los Angeles Angels are finalizing the largest contract in professional sports history, a 12-year deal worth more than $430 million that will smash previous records and could keep the greatest player of his generation with the Angels for the remainder of his career, sources familiar with the deal told ESPN.

Trout who is arguably the best player in baseball and who has won two American League MVP awards and finished second four times, will receive an average of nearly $36 million a year.

Bryce Harper recently tried to recruit Trout into coming to Philadelphia in 2020, when he would have been a free agent.

It’s respecting Mike Trout in a certain way during the season and letting him play and do the things he needs to do to of course be Mike Trout, but if you don’t think I’m gonna call Mike Trout in 2020 to have him come to Philly, you’re crazy. -Bryce Harper