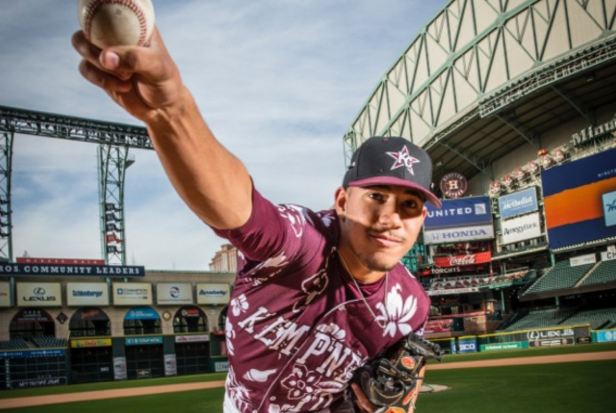 Simeon Woods was drafted by the New York Mets in the second round of last years MLB draft. At 6’3”, 200-pounds, Simeon Woods-Richardson has a solid frame for a pitcher.

Woods has a great slider and fastball and that was a big factor in the Mets drafting him out of High School. He is currently working on an off speed change up to make hitters off balanced.  The Mets plan on sending him to Class A Columbia to begin this season.

In Woods-Richardson’s first five appearances for the GCL Mets, he sported an impressive ERA of 0.00. In 11.1 innings pitched, he struck out 15 and allowed just 6 hit. This off-season Woods worked out at Kemper with his former high school pitching coach (now head coach).  When asked what makes Woods better than other pitchers his age he stated:

“His work ethic. He really puts in the time. I had to stop him from time to time because he was overdoing it. He throws all of the time. He wants to be the best and wants to perfect his craft. I think the Mets have realized what they have in Simeon. They have invited him to go to spring training early, and I think they have figured out what kind of gift they have in him.”- Eric Folkerts

Yesterday, Woods pitched in a scrimmage game with Mickey Callaway watching. Callaway said that Woods reminded him of Marcus Stroman. “He has a clean delivery, Mickey said. “He has a lot of body control and has a lot of velocity and a great breaking ball he can mix up.”

Woods is only 18 years old and is already being projected as a top arm in a big league rotation! He will certainly grow through the minors and it will be fun watching him develop!  Keep an eye out for Woods in 2019!