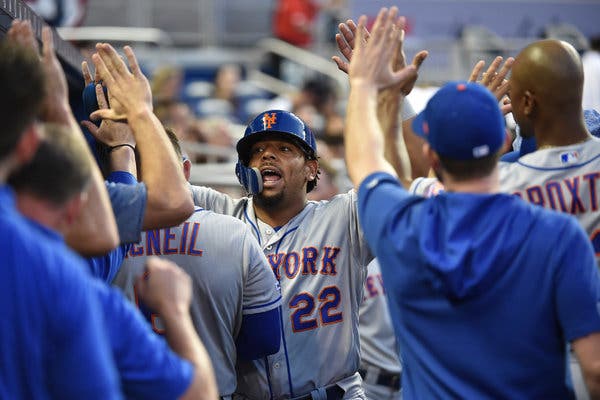 The Mets’ offense struck early in last night’s game against Jose Urena and the Miami Marlins, posting 5 runs in the first inning. Brandon Nimmo and Jeff McNeil got the day started with back-to-back singles to lead off the game, and Robinson Cano moved the runners to second and third with a groundout. A walk by Michael Conforto would load the bases, and back-to-back singles by Wilson Ramos and Dominic Smith set the score at 2-0 Mets. Amed Rosario hit a booming 2-run double, followed by an infield hit by Juan Lagares, which made the score 5-0 in the first inning.

A pair of singles from Cano and Conforto posed a threat for Urena in the second inning, but neither managed to score after Urena induced a groundout from Ramos and a strikeout from Smith. The Mets would not get another hit until Ramos and Smith hit consecutive singles in the seventh. Nimmo added an RBI HBP before Alonso was struck out in his pinch-hit appearance.

Jason Vargas played with fire all night, surrendering plenty of hard hit outs to go with 8 hits. However, Vargas only allowed two runs to score, which is a good outing for a 5th starter. 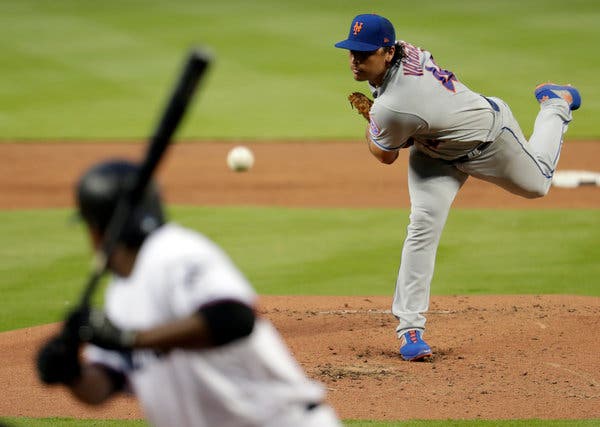 Robert Gsellman pitched a scoreless sixth inning, but Seth Lugo could not hold down the seventh inning. After retiring the first 2 batters, Lugo allowed 3 singles and a HBP. Lugo surrendered 3 ER and allowed the Marlins to get back in the game, at 6-5 Mets.

After Callaway left Lugo in the game too long, he did the same with Justin Wilson. After Wilson got Lugo out of a jam in the eighth, Callaway opted to keep him in for the ninth. He gave up a HBP and a single, but recorded the save and secured a 6-5 win for the Mets.

-Jose Urena has a tendency to keep his pitches away from left-handed hitters, struggling to throw the ball inside. Mickey Callaway stacked the lineup with left-handers, and they combined for 7 hits on the night. Urena’s final line was 4.0 IP, 7 H, 5 ER, 1 BB, 4 SO.

-The Mets are hardly ever going to get a scoreless or 6+ inning outing from Vargas, so all they can hope for is that he keeps them in the game. As Vargas limited the damage to only 2 runs, he did just that.

-Vargas’ fastest thrown pitch was 85 mph according to SNY. When he pitches that slow in today’s game he is going to get rocked, so it is not promising for the rest of the year.

-Brandon Nimmo was hit by a pitch on the hand in the seventh inning, and both the Trainer and Callaway were visibly concerned about the injury. Preliminary x-rays were negative, but the Mets will re-evaluate on Wednesday. More will come about this as more information is released about the situation.

-The Mets won the game, but Mets pitchers surrendered 16 hits to the Marlins.