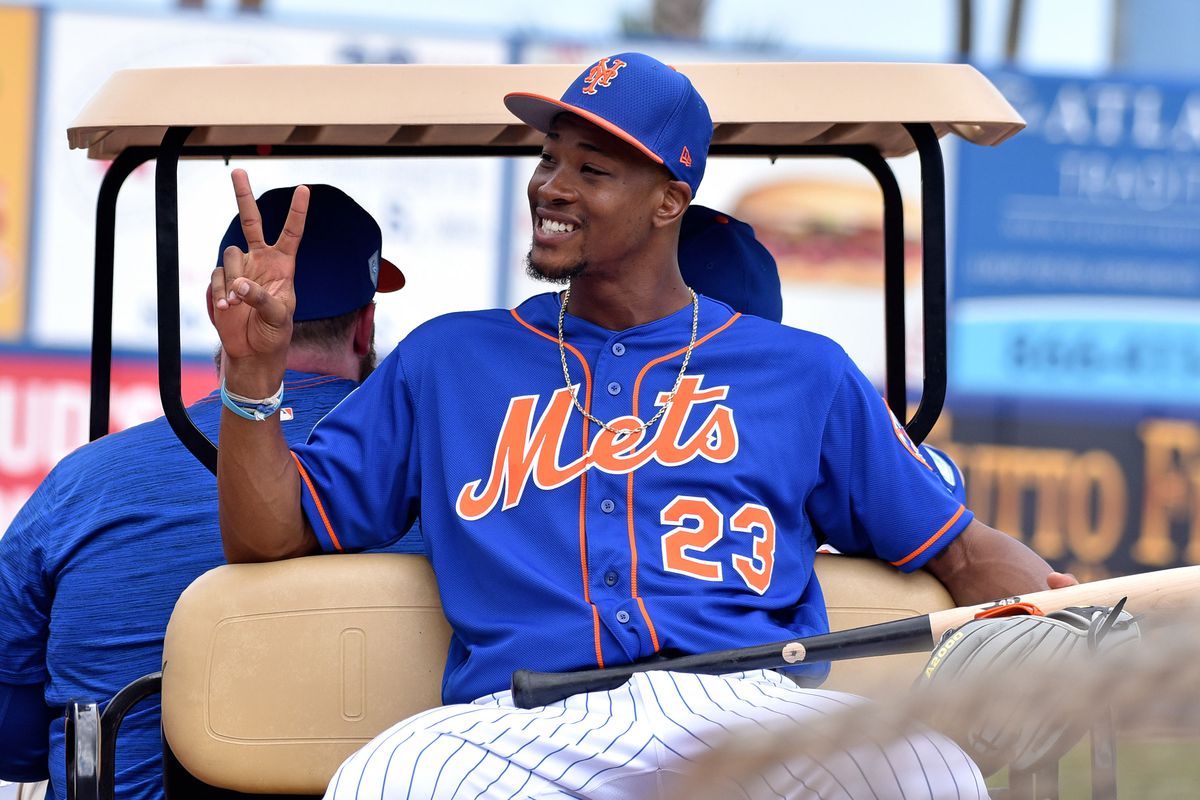 The Mets lost today’s game 7-6 in heartbreak fashion to the 4th place Washington Nationals. After Brandon Nimmo (scores), Todd Frazier (scored), Wilson Ramos, Juan Lagares and Robinson Cano all reached base, it was up to Keon Broxton to come up big with two outs and tie the game for the Mets. He swung at a pitch right down the middle to end the ball game. He is 1 for his last 23 (1 hit since April 14th).

While I watched the post game interview with reporters and Keon Broxton I couldn’t help but notice how frustrated he was with his playing time and not himself. He seemed to put the blame on not starting consistently.

Broxton has been terrible. He is slashing a 143/.208/.163. He is striking out once every 2.4 plate appearances. Mets pitchers have combined to hit better than Broxton in 2019. Their slash line is .200/.225/.365.  Broxton added that he “100 percent” feels extra pressure to put a good swing on the bat with the limited chances he receives at the plate.

I understand that it’s tough to play well when you have limited plate appearances but no player should be vocal about that. Who does he think he should start over? Brandon Nimmo? Michael Conforto? Jeff Mnceil? Dominic Smith has made the most out of his limited playing time and does not complain about it.

Keon Broxton says he's surprised that he hasn't received more playing time, and goes on to say that he feels pressured because he hasn't had enough plate appearances: